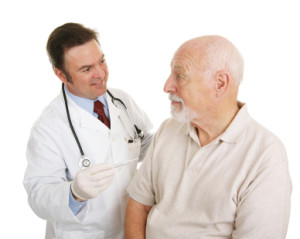 One specific piece of legislature that has been causing a positive stir is Texas House Bill 2383. The new law, signed by Governor Rick Perry last month, takes significant steps to make life settlements more accessible to everyone in the state, signifying a groundbreaking shift into the next century for life settlements.

House Bill 2383 focuses on those applying for Medicaid, specifically those with life insurance. It would require that when someone meets to request Medicaid, they are informed that they may be able to sell their life insurance via a life settlement transaction. The money that would be gained from the sale of the life insurance policy can then be used for long-term care services, such as in nursing homes. Even better, the money that one receives from the sale of the insurance is not factored in when determining whether someone qualifies for Medicaid or not. After those funds have been used, one would still be able to continue those same long-term services with funding from Medicaid.

There are multiple reasons why this is such an innovative and important change to Texas law. First, this makes the long term care process better for the average American. By requiring that people are informed of the life settlement option, Texas has empowered its citizens with choice. By using their own money made from selling an existing life insurance policy, people will be able to choose their own long-term service provider, possibly allow a resident to be placed in a private pay room, have a limited amount of the proceeds set aside for funeral expenses etc. However the major benefit of the bill is that previously, when accepting Medicaid, one had to relinquish their ownership on any life insurance policies. With 2383, that is no longer the case. One can still capitalize on a life settlement, often earning more than four times as much had they surrendered it to the life insurance company.

Texas’ proactive stance extends farther than just its own consumers. The new law is also a win-win situation for the state. Allowing the life settlement proceeds to provide funding for the initial time in long-term care facilities removes the burden on state Medicaid funds. And by changing the rules, Texas has paved the way for others. Already, there are seven states considering similar bills. By taking the first step, Texas has ignited a new way of dealing with Medicaid: doing what is best for the consumer.

As Texas begins to implement its new law, and as other states follow suit, it is still important to remain cautious. Although the Medicaid representatives will now be required to inform you about life settlements, they are not experts in the field. Make sure to be fully informed about the decision that you will be making and the funding you use for long-term services.